I used to be really into to-do lists. That’s a weird interest to have, but it’s true. I read Getting Things Done in 2005, and it became my gospel. I gave a talk on productivity at SXSW in 2009. I even designed and built a custom to-do list app with my friend Taylor Hughes in 2010.

But after six or seven years of intense to-doing, I noticed a few problems with my approach. For one, the most important things never showed up on any to-do list. My best work happened when I spent hours in flow, intensely focused on a single task. These projects didn’t need to be sliced into neat to-dos. They didn’t need to be managed — I needed to clear my schedule and do them.

In contrast to these big things, I noticed that my to-do lists rewarded small tasks. Checking that “done” box feels good, and if you spend your days on bite-size activities you get to check that box a lot. Yet at the same time, the list was never complete. At best, I felt like a super-productive machine back in those days; at worst, I felt like… well, a machine.

I needed a new system. Then one day in 2014, it clicked: I would give up the small tasks and focus my planning on the big things — those important, meaningful projects that produced real value.

I grabbed a Post-It note and a pen, and wrote down the one big thing I planned to accomplish that day. I added a couple of smaller things to the bottom of the note, just in case I had time left over. I called my system “One Big Thing.”

For a couple weeks, I used One Big Thing to plan my days. Every morning I’d review my inbox, project trackers, and calendar, then write down my big things for the day. I was convinced the system worked, so I shared it on Twitter:

This Tweet racked up 1,500 Likes in short order — about 10 times more than my second most popular tweet. I knew I was on to something.

Since that Tweet in July 2014, One Big Thing has become something of a personal philosophy and a daily practice. And as Jake and I began developing Make Time, our framework for focusing on what matters, we turned this practice into the daily “Highlight” step. (You can read about it all in our book Make Time.)

Here are the core ideas behind the philosophy of focusing on one thing at a time:

1. Multitasking is a myth

The research is clear: what we think of as multitasking is really just switching back and forth between tasks. Switching takes energy, and energy is exactly what we need to make meaningful progress on important work. One Big Thing encourages you to consolidate that energy and put it toward a smaller number of big projects.

2. You can only focus for so long

Focus is essential to quality work, but we humans are remarkably limited in our capacity for focused work. A 1993 paper by K. Anders Ericsson explains that most people are only capable of one to four hours of intense, concentrated work per day. One Big Thing helps us make sure we are using this capacity on the most important tasks, but it also keeps us honest about what we’re capable of.

Quite frankly, we’re not going to finish more than one big thing per day. Unrealistic expectations for marathon days of crushing your to-do list are a recipe for dissatisfaction. A smarter approach is to use your precious energy on the day’s most important project, then tackle smaller, less-demanding tasks during the rest of the day. One Big Thing is designed around this way of working.

(I learned about Ericsson’s research on concentration from Deep Work, Cal Newport’s fantastic book about the kind of meaningful, challenging, and valuable work that One Big Thing supports.)

This might sound hyperbolic, but there’s actually good evidence it’s true. In Rapt, Winifred Gallagher describes research that shows how our life experience is based on what we pay attention to — not to the circumstances of our life. Cal Newport takes it a step further, hypothesizing that if we choose to focus on “deep work,” we’ll construct for ourselves a life that’s “rich in meaning and importance.”

I buy it. When I’m deeply focused on an important project (like writing Sprint in 2015), I’m happier. My overall quality of life improves. And it’s not just the feeling of progress and a job well done—the intense focus of One Big Thing makes it that much easier to ignore negative, trivial concerns that otherwise weigh on my mind.

The Slacker’s Guide to New Year’s Resolutions That Stick 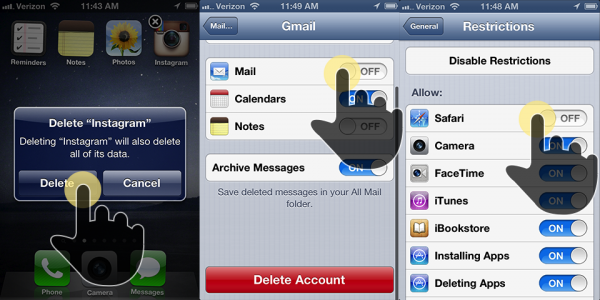